And a longer version of the video with more details.

These explosions also seem to have also been recorded in the seismograph, labeled as further collapse. I can find no evidence (sounds) of anything collapsing at those times but the recorded explosions do seem to fit. 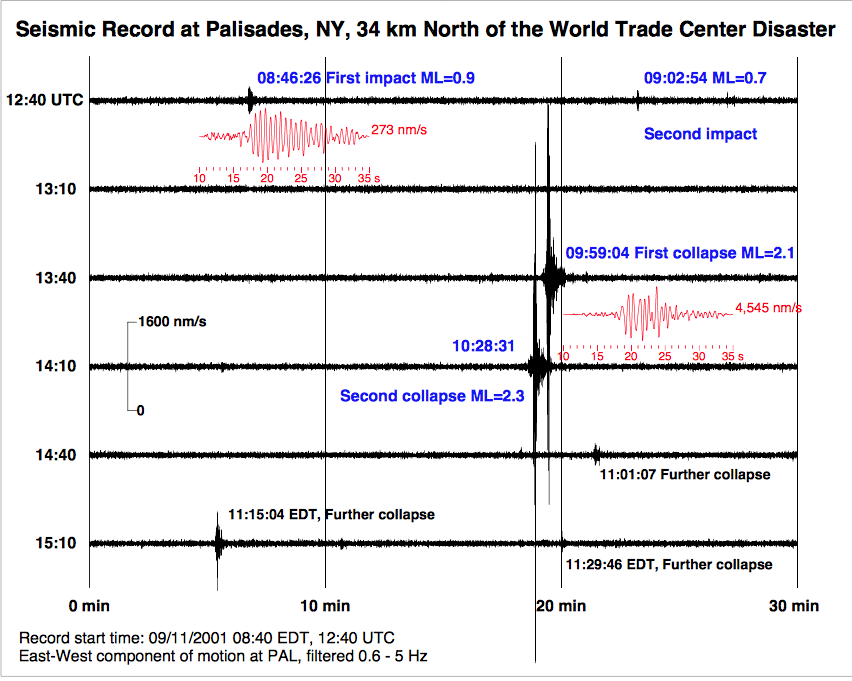 I used the suns position or shadows in the videos and checked them against the times listed in the seismograph read out.

These are the suns positions for those times listed.

This is a composite of shadows and lens sun flairs overlaid to get the suns position. Just right of the stop light. 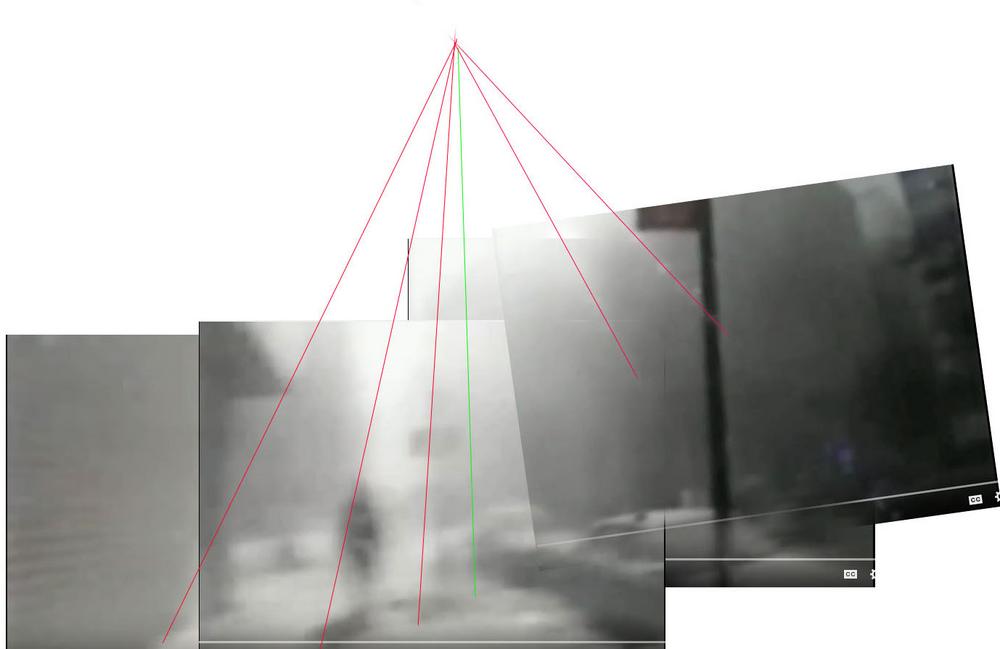 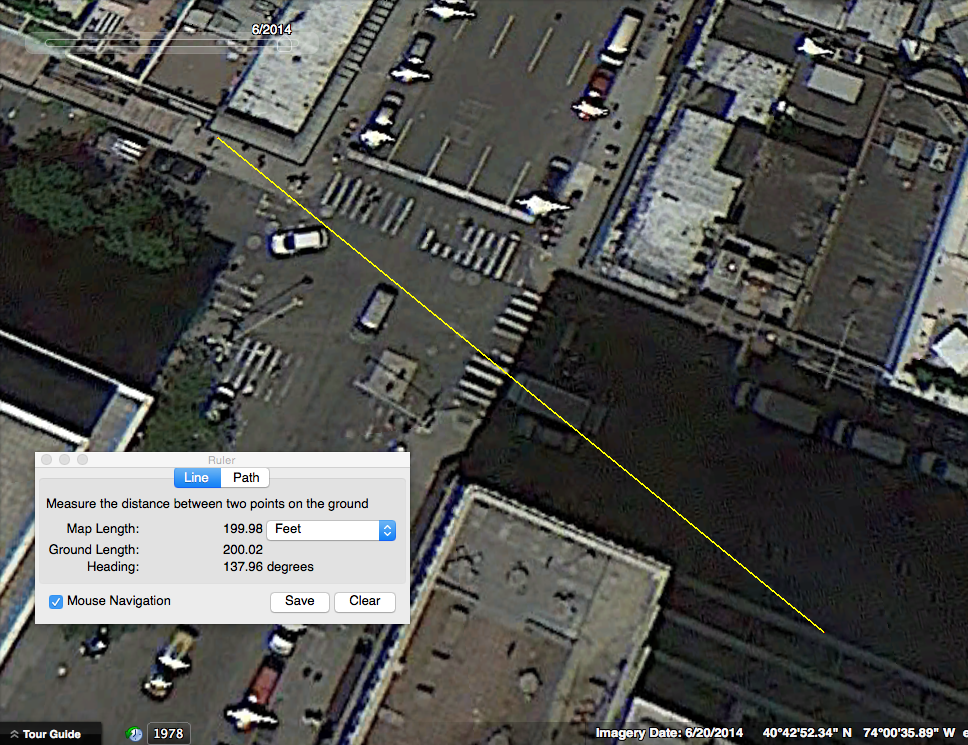 The building casting this shadow has a setback that allows the steeple to be in sunlight. The bottom photo in this composite shows how the shadow falls on the building. There is a clock in the tower. I can't accurately read it but the power is off any way. 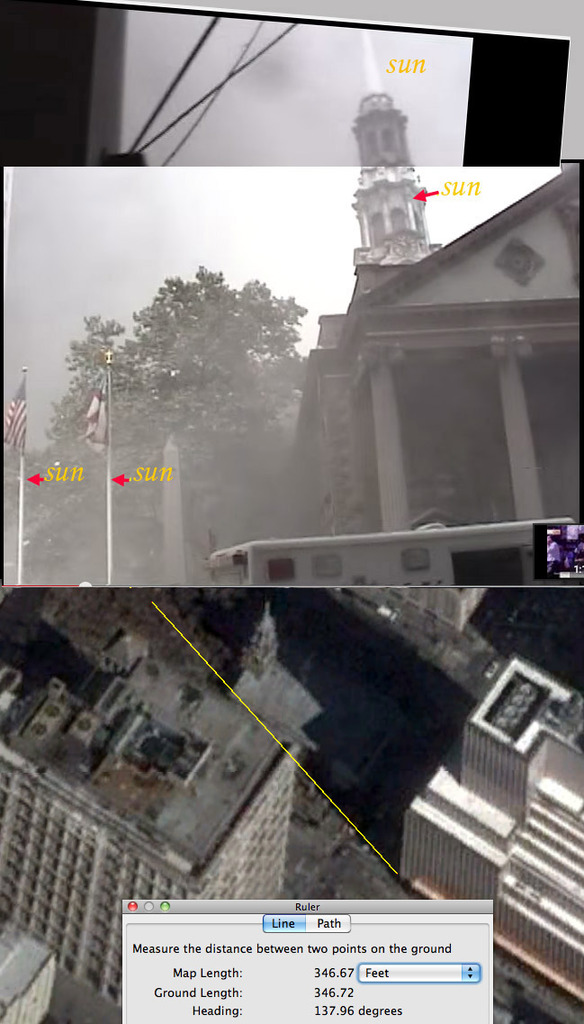 137.96 deg line that shows the flag poles in sunlight. 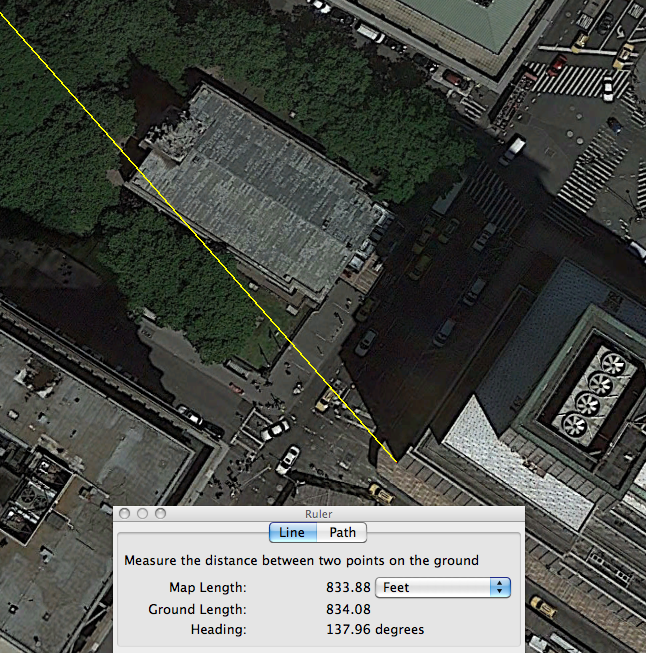 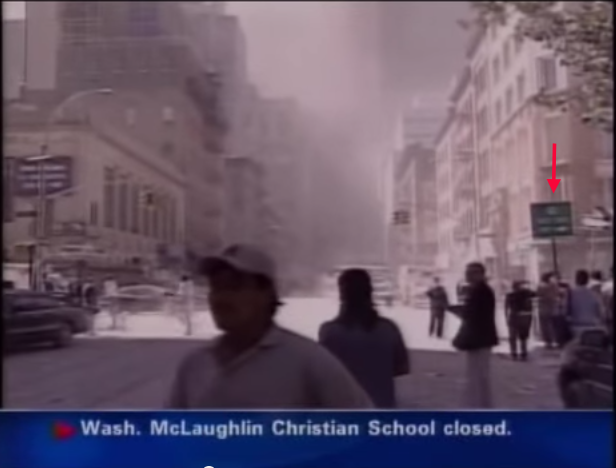 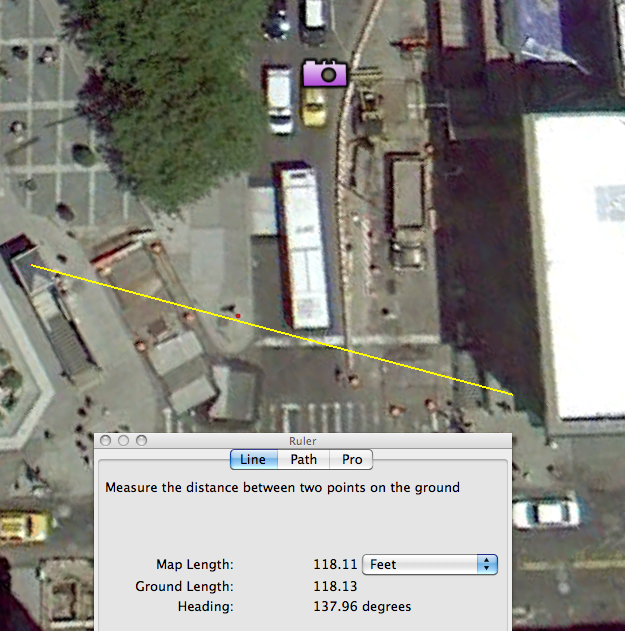 The explosion at the 0 mark in the video above, is probably also the 11:01:07 explosion, due to the amount of dust in the air. It was filmed 1 block north of the church steeple video. It is completely in the shadow of the same building so there are no shadows to confirm the time.

The 11:15:04 explosion was not actually caught on camera to my knowledge but is mentioned in the video above at the 1:30 mark. To bad for truthers because it was a really big one. FYI when he says it's 11 o'clock, it's not really 11

'clock according to the shadows. It's a little after 11:15. This confused me for a wile.

The 11:29:48 explosion was captured on 3 different videos. Once in the video above at the 2:53 mark and in two other videos, with people running down the street yelling gas leak before the explosion occurs.

I believe all 3 explosions were gas leaks. They were reported in the news that day with firemen as a source to be a "series of gas leak explosions".

I belive this to be the source of the gas leak. Which also explains the tosted cars.

I'm too tired tonight to find links and load photos for the last bits of information, but I thought this might be something you would be interested in. You do love the small details.
Last edited by waypastvne; 12th October 2017 at 01:29 AM.