Now scroll back up to the GIF and watch this piece of debris. As you can see it is spinning AROUND a lateral axis. (axis is not located within it's mass and axis is 90 deg to direction of travel) Also notice how they are flying together in perfect formation.This piece of debris is caught up in the ring vortex. 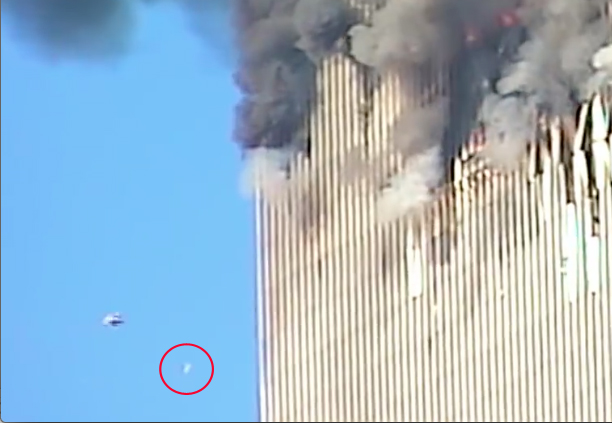 A state of the art visual representation that I made in photoshop illustrating what is happening in the above video. 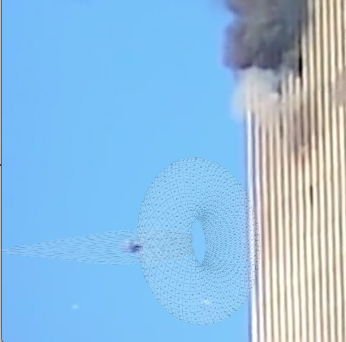 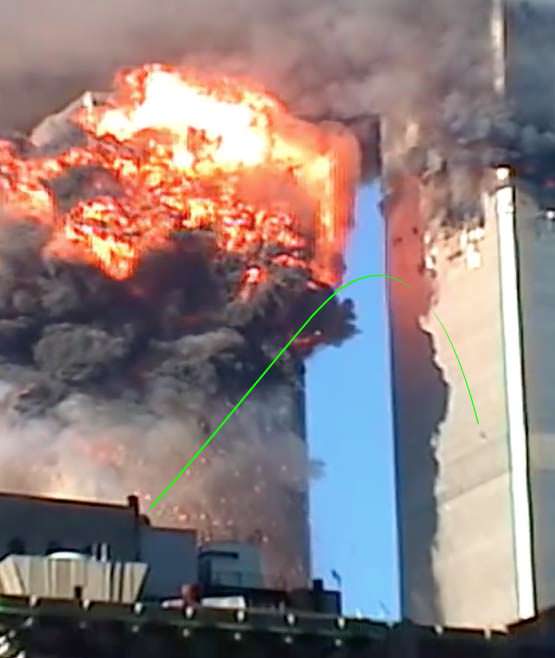 From the above videos you can lay out this approximate flight path. In the red part it is being carried by the vortex. In the yellow part it is momentum and gravity. In the green part it's wind and gravity. The green part is not caught on camera but doesn't need to be. WTC5 is directly downwind and your only evidence is "there is no way" all I have to prove is "yes there is a way" and show evidence for it. This is not the only part caught up in a vortex.The shadows on the wall of WTC1 show at least two more. I picked this one because it is the most likely. 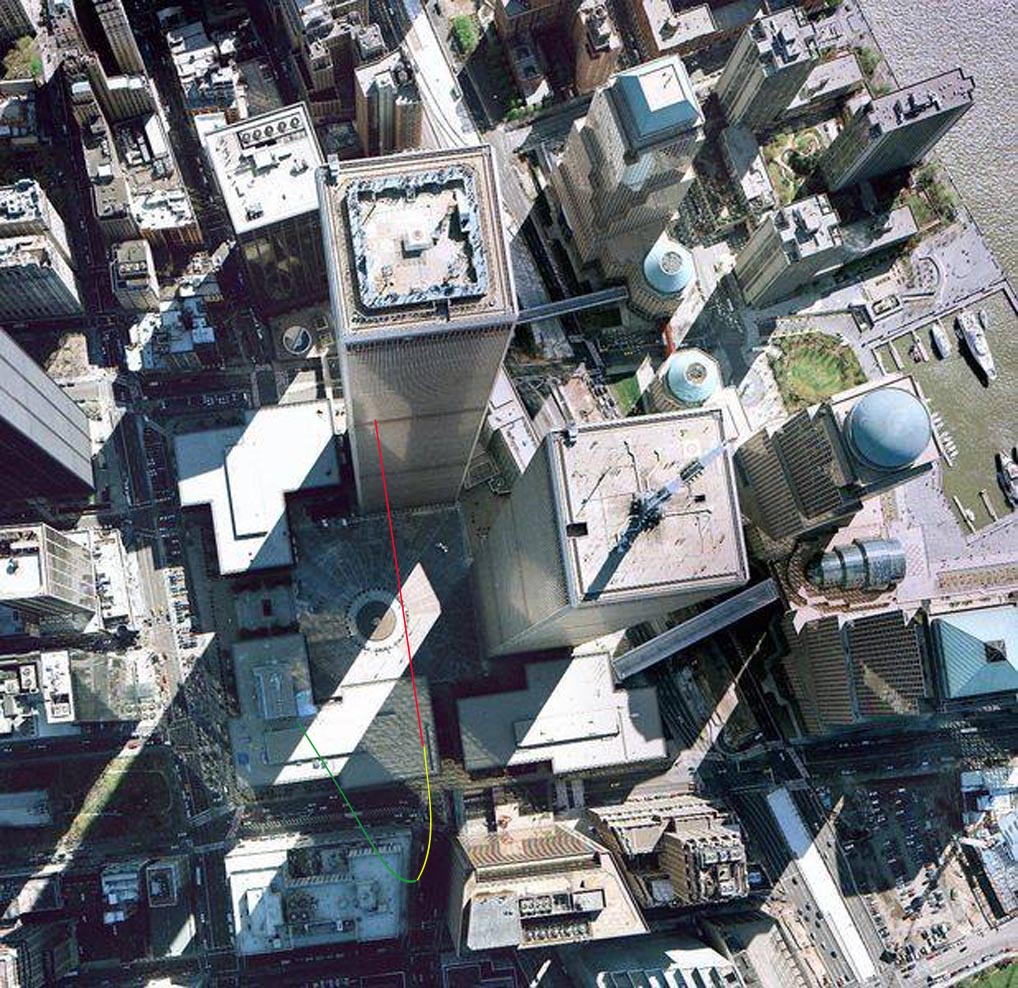 I know you are not going to be happy unless I show you some windows. The clearest shot is when the part stops spinning and starts tumbling. Can I say 100% that these are windows? No. Can you say 100% that they aren't windows. No. 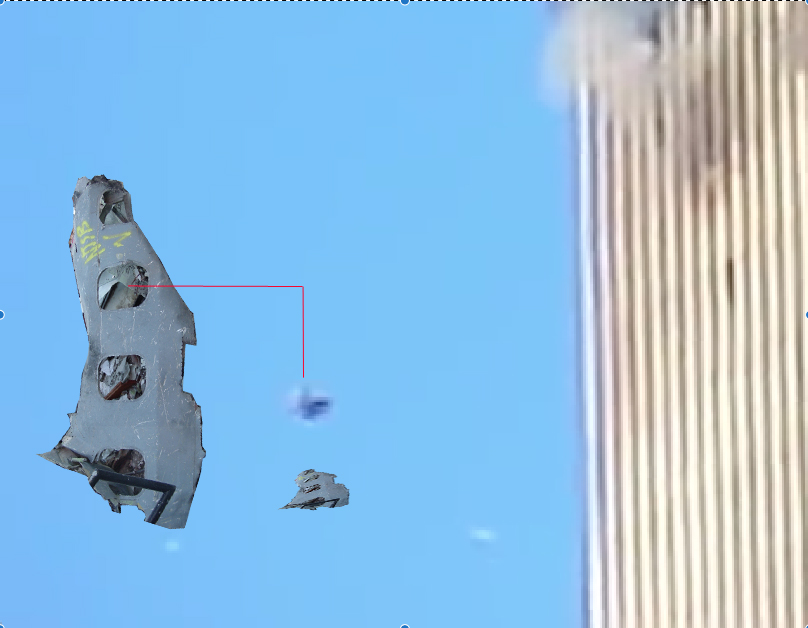 So questionitall do you have any questions?

OK, I've done my part. You claimed you had evidence that this part was fake. Let's see it.