Here are some photographs and results from a little experiment I did last May. While Truthers claim that only Thermite can create iron-rich microspheres, the video above shows some doozies being created by burning primer-painted steel beams in an ordinary wood fire in a burn barrel.

Here is the orange-primer-painted steel beam I obtained at the New Mexico Tech boneyard. We cut it in half after selection. 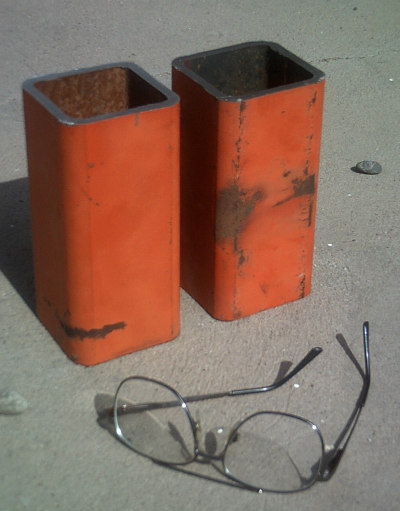 I filled our burn-barrel with cedar wood, and prepared to light the fire. 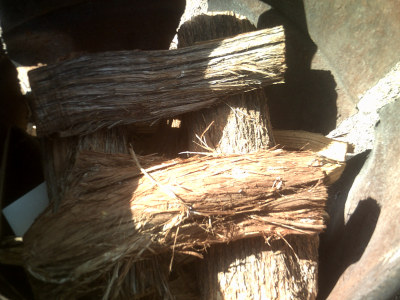 I used paper and a few squirts of barbecue lighter fluid (representing tens of thousands of gallons of jet fuel) to get the fire going. 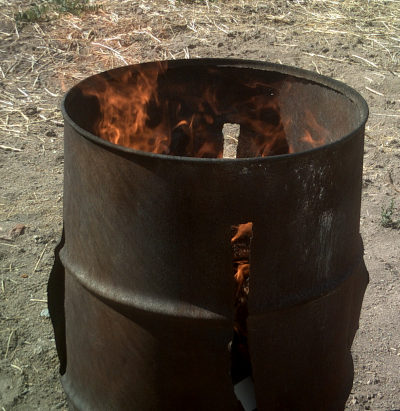 Once the fire was going well, I gently placed one of the painted beams into the fire. 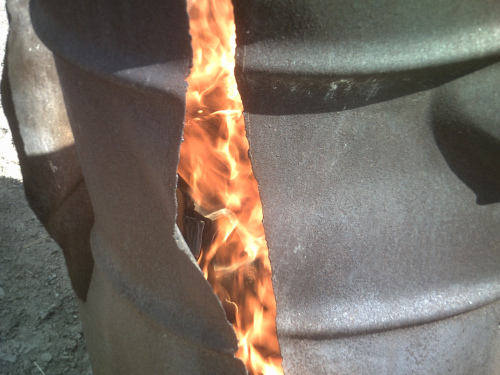 Here are the post-fire control and burned beams. 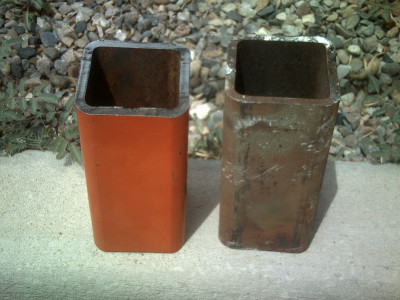 These beams were far too large to be placed inside the scanning electron microscope, so I had to obtain samples by pressing an adhesive surface on the beams (very ineffective), or by scraping paint samples off the beams, choosing regions with paint only, and no ash residue (much more effective). 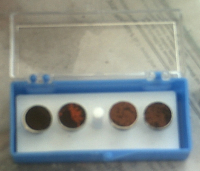 After the samples were prepared for the Scanning Electron Microscope (SEM), we scoured the un-burned samples, looking for anything remotely resembling a sphere. We found lots of tiny white blobs, but nothing at all spheroidal. Here is sample unburned#2, from a typical location (in the 3rd region examined).

Here is the EDX (Energy-dispersive X-ray) spectroscopy results for point 1 (one of the white blobs): 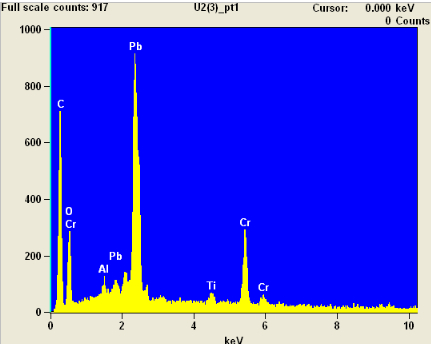 It shows lots of lead and chromium, and is most likely lead chromate (PbCrO4). There is also quite a bit of carbon.

An EDX spectrogram of one of the dark areas (Point 2) showed similar composition: 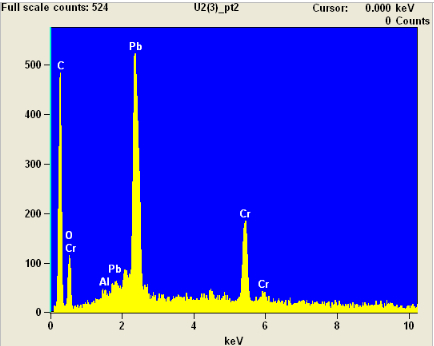 Things got really interesting when we started looking over the burned samples. It wasn't long at all before we stumbled over this beautifully spherical droplet of iron-rich material: 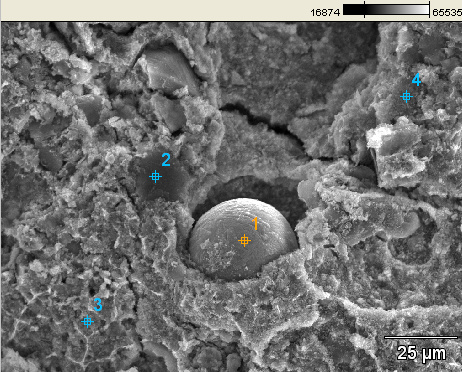 Here is the EDX of Point#1, right on the big sphere. This sample has a lot of iron! 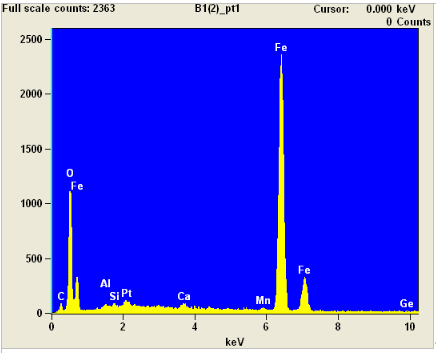 And here's the spectrogram of a point not on the sphere: 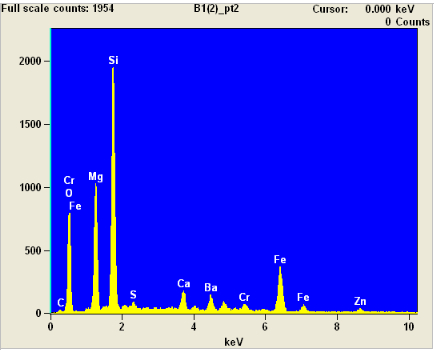 This shows a lot of silicon, magnesium, and chromium, but not nearly as much iron as the sphere.

We kept looking, and soon found another microsphere on a different region of the burned sample: 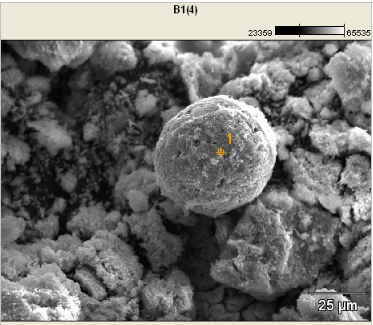 Its EDX also showed that it was also very rich in iron (Fe), with a little oxygen: 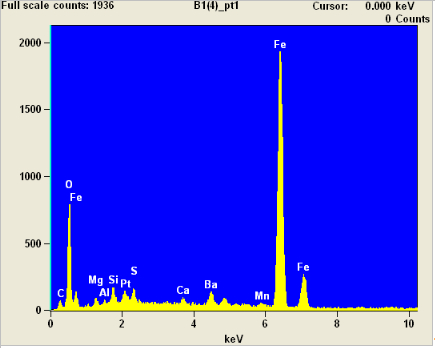 Now, on this page, Talboo and Zugam quote Neils Harrit:

Quote:
As noted by Harrit elsewhere, the "paper is a set of data and the best hypothesis rationalizing the observations." He emphasizes that spheres of reduced iron "are observed after a thermite reaction," and that such "spheroids have never been observed unless there was a thermite reaction."

The Basile.org article shows micrographs and their spectra for Fig. 24 from the Harrit/Bentham paper on "Nanothermitic Incendiaries": "Spheres formed during ignition of commercial thermite, with corresponding typical XEDS spectrum": And finally, for Fig. 27 and 28: "Spheres extracted from WTC dust" and "XEDS spectrum from a sphere found in the WTC dust": The Basile.org article notes that

Quote:
Harrit et al. state that they found iron spheres "with Fe:O ratios up to approximately 4:1..."
and, they make a lot of noise about Harrit's microspheres being "reduced iron."

But just look at their spectra, and at the spectra of the burn-barrel microspheres above. The "ordinary fire" produces microspheres with more iron than oxygen, while the "thermitic" samples in the Basile.org article all show comparable amounts of oxygen and iron, which leads to my conclusion:

Quote:
Hey, Basile.org, your WTC sphere has more oxygen than iron! If high Fe:O ratios are so important, why are yours so low?
There are many ways this experiment could be improved, using perhaps a controlled heating protocol, for which the temperature of formation of iron-rich microspheres from the combustion of painted steel could be obtained. Thoughtful suggestions for future work will be given thoughtful consideration.

Oh, by the way, there are more fun videos at NMSR's YouTube Channel. Why not subscribe today?